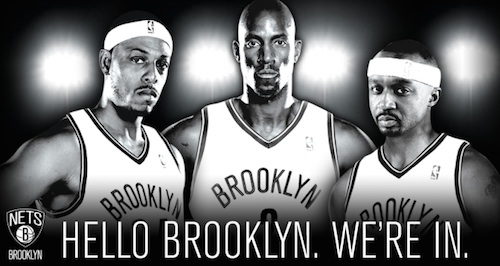 You get one chance people at toppling a champion. This happened during the overrated Bulls run and is happening now with Miami. The Nets had a chance, in game 4 of the 2014 playoffs, to really hurt the Heat and they blew it and are now done. Lebron had a monster game and the Nets were still in it. If they would have won, DESPITE Lebron’s game, it would have crushed the Heat emotionally and sent a message. Instead they blew it and it’s done in my opinion. You get one chance to win the games you should have. ONE!

Ironically they were killed by Lebron passing the ball, the right move, a move he got ripped for in years past. And with the Pacers choking left and right, EVERYONE is making it easier for the Heat, a year they are beatable! Let’s face it, they should have lost last year if not for a bone headed move by Popovich. And what would the story have been this year if Lebron HAD lost yet another championship. A completely different story. Just sick to my stomach. Now don’t get me wrong, I admire the hell out of Lebron, he plays the game the right way. But the whole Heat story makes me sick. Forming an all-star team and winning a championship does not make you a champion any more than if Karl “the Choker” Malone won one when he joined the Lakers.