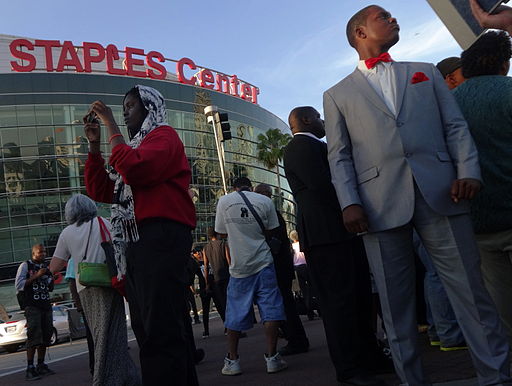 The cheering that Adam Silver had received when he banned Sterling, may be boos as his actions will soon result in some of the NBA’s darkest days. When I first heard the news conference, I had the opposite impression that most people did. I thought he was weak, not strong. He caved in to the players for fear of a strike during the playoffs. That was all. But he also missed a HUGE opportunity to start his career as commissioner with a show if strength. He also could have done some good for racial relations between blacks and jews and blew that too. Let me elaborate.

The players forced Silver’s hand. The owners, among themselves, were probably not happy about what was done to him as, to paraphrase Mark Cuban, “it opens a huge can of worms”. He was dead on, it does open a huge can of worms. This precedent could lead the NBA to one lawsuit after another, the forced removal of any religious owners who may not be in favor of gay marriage, and so on and so on. But I’ll get back to this point in a bit.

So what SHOULD Silver have done? In my opinion, a few tweaks could have changed everything. For example he could have added this part.

“From the secretaries who work in our offices, through the players, coaches, gms and all the way to the owners, we will not tolerate any hate speech that doesn’t reflect the NBA values”. In my opinion, if the players had heard themselves included in the statement, two thoughts would have run through most of their minds.

This could have backfired for the players (and analysts etc….I’m looking at you Charles Barkley and Shaq) and made them a lot more compliant in the future, afraid to threaten any more strikes. It also gave the NBA the opening to insert more stringent morality clauses in the next collective bargaining agreement, which I cam promise you, will be a complete disaster…lockout anyone? Imagine the ability to void contracts and let players go because of things they say or do? How many owners would love to get rid of awful contracts THAT way?

Now if I was Donald Sterling’s attorney, I’d present a slide show of all the bad behavior of the players over his entire tenure as owner, the racist comments they make, the awful things done to women, the out of wedlock children etc. etc. Then end it with what was said SINCE Silver became commissioner, like Larry Johnson’s white league comments and so on, and then ask “why weren’t any of them immediately banned for life”? His lawyer could argue that as players, THEY’RE the ones that have the most impact on the public, the ones the little kids look up to, the fans who buy the merchandise. Their words are MORE detrimental to the NBA. Sheeesh!

Now back to my second point, Silver was asked point blank if as a jew, he was more enraged by what Sterling said (also a jew). Here was a blown opportunity for Silver to heal some fractures between blacks and jews and he completely wussed out. All he had to say was

“jews know how horrifically wrong it is to hate someone else for no good reason other than their religion or race etc., we’ve had similar struggles. Racism of all kinds is repugnant so yes, as a jew it hurts me tremendously to hear what he has said and as a human being too.”

This might have made a few blacks listening think “hmmm you know he has a point, we do have some similarities” and maybe unite the two groups in the struggle against racism.

On a side note, I’ve always using the word race to describe any people. We are one human race, blacks, asians, jews whoever are not different races. Different groups yes, but one race.

As for the struggle against racism, my belief is that as long as people are weak and uninformed, there will always be prejudice. Weak people will always look to blame someone else or a group for their lot in life. No amount of dialogue or awareness will eliminate that. Rather than focus on changing what can’t be changed, we should publicize how we are similar, not our differences. Then we might begin to make things better, except for those race mongering people whose very success is predicated on their being racial issues. Just remember this. The goal of some jobs should be it’s very own elimination.